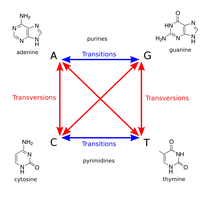 Figure 1. Illustration of transitions and transversions.

Because transversions require a more drastic change to the base's chemical structure, they are less common than transitions. Across the entire genome, the ratio of transitions to transversions is on average about 2. However, in coding regions, this ratio is typically higher (often exceeding 3) because a transition appearing in coding regions happens to be less likely to change the encoded amino acid, particularly when the substituted base is the third member of a codon (feel free to verify this fact using the DNA codon table). Such a substitution, in which the organism's protein makeup is unaffected, is known as a silent substitution.

Because of its potential for identifying coding DNA, the ratio of transitions to transversions between two strands of DNA offers a quick and useful statistic for analyzing genomes.

Given: Two DNA strings and of equal length (at most 1 kbp).