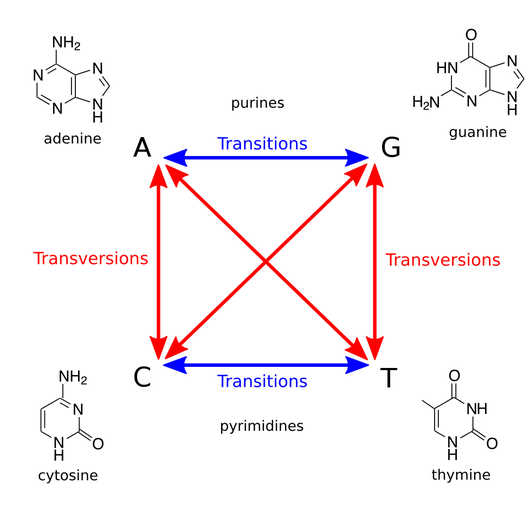 In other words, a transition substitutes a nucleobase for a different base having similar structure. For this reason, transitions occur more commonly than transversions: the former appear on average about twice as often.

Transitions appear significantly more often in coding regions because they are less likely than transversions to alter the underlying amino acids that the mutated base codes for, especially if they appear in the third nucleotide of a codon. As a result, we can use the ratio of transitions to transversions as a test for the presence of coding regions when comparing two genomes.