DNA methylation is a chemical process that a cell applies to its own DNA by bonding methyl groups () to nucleotides, which effectively locks them from being involved in a reaction (especially those involving further bonding, like transcription); see the figure below for an illustration of a methylated base pair of DNA. 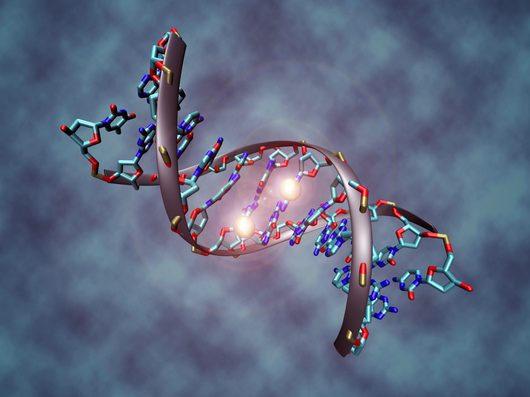 Methylation is also a remarkable way to regulate gene activity, as methylated DNA can be inherited, which has opened up a brand new field called epigenetics. This field studies functionally relevant modifications to the genome that do not involve a change in the genome's sequence of nucleotides. In short, the ultimate truth is that there is a lot more to inheritance than simply replicating DNA!

Methylation usually occurs at CpG sites, where cytosine and guanine nucleotides appear consecutively. In recent years, researchers have shown that DNA methylation occurs in higher organisms and that it is important for normal development: methylated areas of the genome are protected from transcription activators and remain inactive. These "silent" parts of the genome are called heterochromatin.