A restriction enzyme, also known as a restriction endonuclease, is an enzyme created by bacteria to counteract phages. The enzyme is programmed with a "recognition sequence," a short interval of contiguous DNA nucleotides that it can bind to, cutting the DNA strand somewhere in the middle of the interval.

In order to successfully disarm viral DNA, a restriction enzyme must cleave through both strands of the double helix. For this reason, restriction enzymes are homodimers, meaning that they are composed of two identical substructures, each of which carries out the task of cutting DNA with the same recognition sequence (see the figure for an illustration of Type II site-specific deoxyribonuclease, with its two identical substructures colored green and blue). 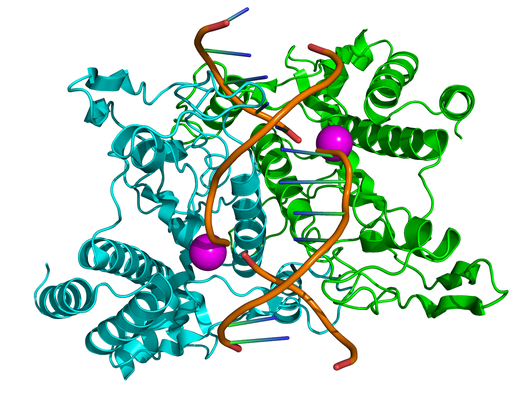