A bacteriophage (or phage for short) is a virus that infects bacteria. Most are shaped like lunar landers, a design that helps them land on the cell wall of a bacterium and transmit their own DNA. See the figure below for an illustration of a phage. 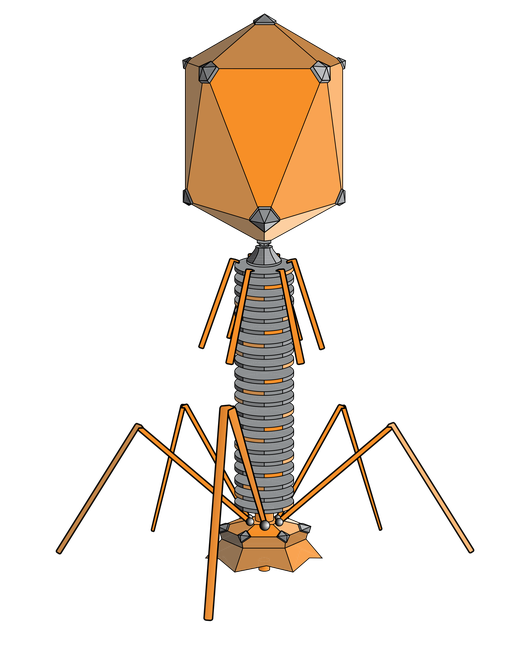 The phage hopes that its DNA will be incorporated into the genome of the bacterium, so that when the bacterial DNA replicates, it creates new copies of phages as well. This tactic is necessary to the phage because it cannot replicate on its own. Often, the insertion of the phage's foreign DNA causes the death of the bacterium, and a host of new phages burst forth from the dead cell.

Owing to their ability to fight bacteria, phages have been used as an alternative to antibiotics in combating bacterial infections, a treatment that has gained relevance as more and more strains of antibiotic-resistant bacteria have appeared.