Homologous chromosomes (commonly called "homologs") are chromosomes in a polyploid organism that have very similar DNA. As a result, homologs can be organized into groups, which in a diploid organism means pairs. The collection of all 23 human chromosome pairs (called a karyotype) is shown below for an adult male; the 23rd pair are the X and Y sex chromosomes, which are not homologous; in contrast, two female X chromosomes are usually considered homologous. 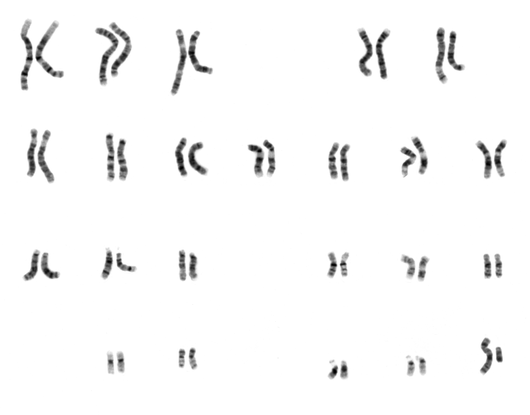 Homologous chromosomes power diversity within a species, as (typically small) mutations to one chromosome facilitate the creation of a new allele without altering the mutated organism's entire genetic makeup.