The Fibonacci sequence is a sequence of numbers defined by the recurrence relation , where we set the starting values .

The Fibonacci sequence appears throughout the natural world, and it dates back over two millennia to its first use by Indian mathematicians; yet its name derives from Leonardo of Pisa, who popularized the sequence in the West by introducing it as an exercise involving a population of rabbits in 1202. His assumption about the population were as follows: 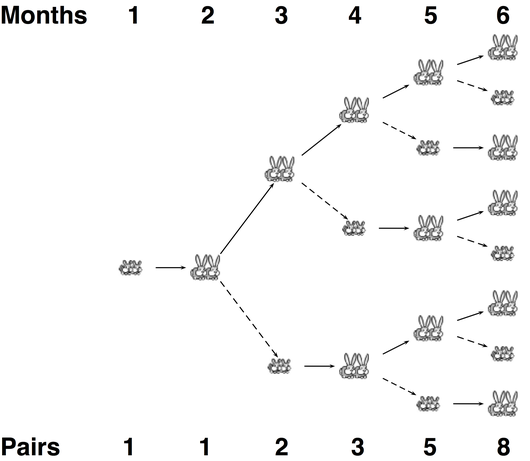