The combination statistic counts the total number of subsets of size that can be constructed from a set of given elements. Another way of writing is as , read " choose ."

Because a set is always a subset of itself, and the empty set is a subset of every set, we will have that for all .

Combinations are also known as binomial coefficients, which derives from the binomial theorem. This result states that if we expand the expression for a positive integer , we will obtain . For example, . 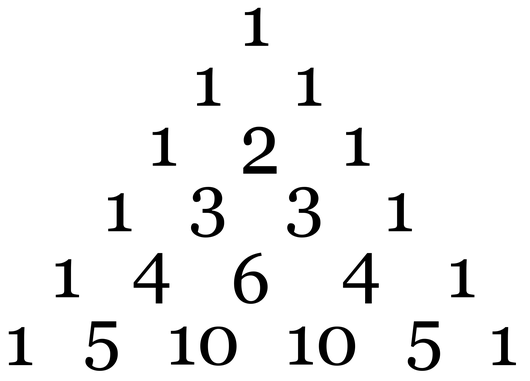 A number of further identities exist dictating the relationships between combinations and creating patterns in Pascal's triangle, which we encourage you to explore.