For example, let us reconsider the augmented strings and , which are illustrated below. The simplest way of inferring a collection of point mutations transforming into is to assume that the 'A' and 'C' from the second and third positions of were deleted, a 'C' was inserted into the sixth position of , and the final symbol was changed from an 'A' to a 'T'. In the figure, we encode substitutions in red and insertions/deletions in blue; symbols that are fixed are colored green. 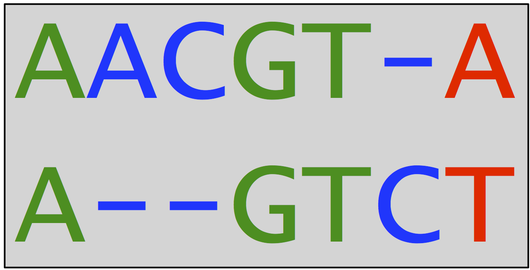